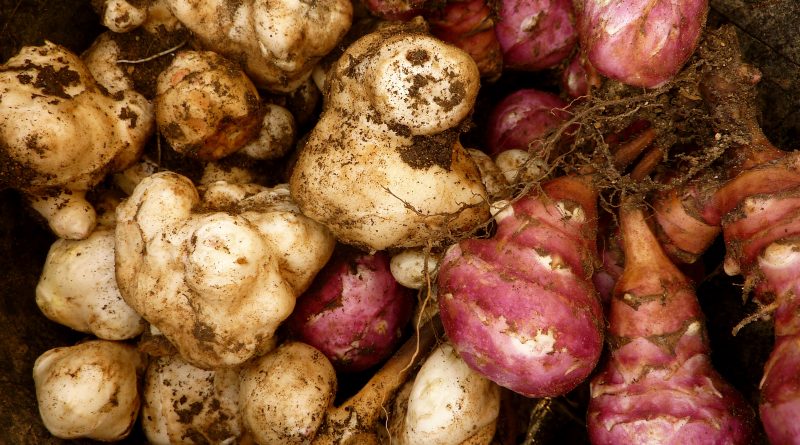 Iron deficiency is very common in both adults and children. I’ve recently discussed ways in which you can improve iron status here.

In this study, rats were made anaemic by being fed an iron-poor diet for one month. After 35 days, the scientists changed the rats’ diet to either a control diet, a diet with 10% high-performance inulin, or a diet with 10% oligofructose for two weeks.

Following the two weeks of dietary interventions the researchers analysed the animals’ duodenum, cecum, colon, and liver for protein expression.

Inulin, a prebiotic fibre commonly found in onions and Jerusalem artichokes, increased the expression of the divalent metal transporter-1 protein in the cecum by 162%. This protein is essential for binding and transporting iron. Inulin also had the added benefit of increasing a duodenal enzyme called cytochrome b reductase, which reduces ferric (3+) to ferrous iron (2+), an important step in iron absorption in the small intestine.

Oligofructose supplementation decreased ferroportin, a protein that decreases intra-cellular absorption of iron by transporting it out of the cells. It also lowered levels of the pro-inflammatory cytokine interleukin IL-6, and tumour necrosis factor-alpha in the cecum as well as urinary hepcidin, a protein that can decrease iron absorption during inflammation.

While this is a preliminary study and results may not be extrapolated to have the same effect in humans, it would be worth considering increasing inulin and oligofructose rich foods in iron-deficient states.