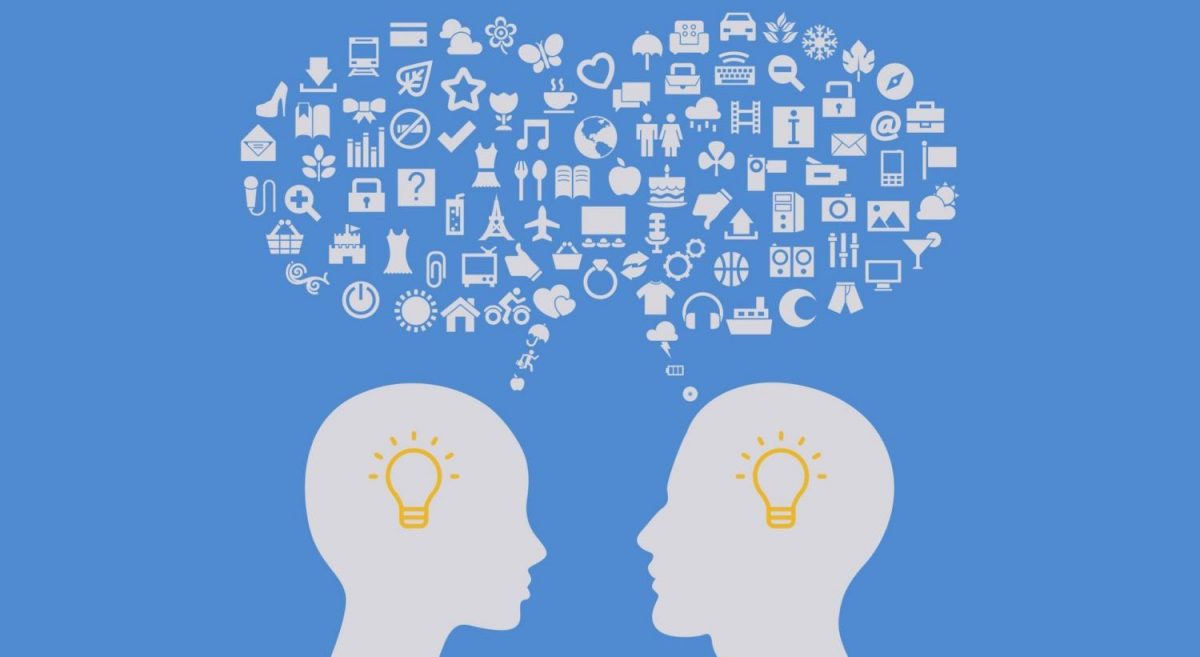 We tend to categorise ourselves in terms of our likes, dislikes and pre-defined statements such as “I’m good at this” and “I’m not good at that”.
We usually assume that those thoughts and categories are true as we have been confronted many times by a particular experience that reinforces those self-beliefs.
It turns out that there really are no absolute truths and our identity is in fact in a constant state of flow.

Brain cells, called neurons, communicate with each other by releasing chemical messengers into the tiny space, called the synapse, that separates them from other neurons.
The synapse or connection between neurons is flexible, meaning it can be influenced by thoughts, emotions and behaviour. This unique ability of our brain to reshape itself is called neuroplasticity.
Neuroplasticity allows us to find new meaning in our experiences and refine our sense of self-identity in a constructive way. It is what makes us evolve as humans as we identify more meaningful patterns in our lives.
Thanks to neuroplasticity our brain is in a state of constant change with minute by minute rewiring of neurons affected by our thoughts and behaviour.
In order for the flexibility of neuroplasticity to happen however, our brain needs to be working optimally.

Every time we think the same negative thought or repeat the same negative behaviour the connection between those neurons involved in that thought or behaviour is reinforced, in the same way a body builder develops a specific set of muscles by repeating a weight lifting exercise.
Over time that pathway is so strong that it fires up much more quickly than any other connection, much like a muscle becoming overtrained to the expense of others.
Consequently, our negative self-talk becomes rigid and “stuck” like a broken record as the connections between those neurons become stronger and more likely to “fire”.
The down side of this process is loss of flexibility in finding new meaning in the same experience. Just like in body building, the thought “muscle” becomes super strong to the expense of flexibility.
So every time we’re then presented with a trigger for our negative self-talk we’re more likely to jump to the negative conclusion rather than be able to reframe the meaning by analysing the context.

Why stress is making our thoughts rigid

When we experience chronic stress our brain is constantly flooded by high levels of cortisol and glutamate and this affects the hippocampus.
The hippocampus is the part of the brain that regulates the association of memory to emotions and puts events into ‘context’.
The hippocampus has many cortisol and glutamate receptors. When exposed to excessive levels of these neurotransmitters it shuts down its receptors and starts to atrophy.
Incidentally, this is the main reason why people who are chronically stressed have very poor memory.
The amygdala on the other hand becomes over-sensitised and more easily triggered.
You can thing of the amygdala as the accelerator pedal and the hippocampus as the steering. When the steering is no longer in control, you just have indiscriminate acceleration.
As a consequence our thoughts become more black and white and rigid. The longer and more often we stay in this state the more rigid and negative our thought pattern.

Generally speaking, glutamate causes an increase of free radicals in the brain. This in turn affects neuroplasticity by damaging or killing neurons so that new connections cannot be made and your thoughts end up being stuck in a destructive mode.
People who have Obsessive Compulsive Disorder (OCD), which could be viewed as the ultimate thought repetition, have been found to have higher than average levels of brain glutamate.
Free radicals require antioxidants to be ‘mopped up’.
So if you have low antioxidant status due to poor digestion, a diet that is low in fresh fruit and veg, chronic inflammation like arthritis or an auto-immune condition or some genetic variants that make you prone to poor control of cellular oxidation you’re much more likely to become stuck in a negative thought pattern.

Once the negative self-talk pattern is ingrained, it does not resolve by itself unfortunately.
You must take action in order to decrease the negative brain firing and start building new positive connections.
Philosopher Rebecca Newberger Goldstein says that Freedom isn’t the absence of control; rather, control is the essence of freedom.
She describes a charioteer with two horses; an unruly one that just wants to run wild and the other horse who knows the way and doesn’t even need to be guided. Your negative self talk is like the unruly horse getting your mental chariot out of control. By taking action you bring the wild horse under control and allow the other, more balanced horse to take over.
Negative-self talk and guilt keep your awareness inwards. The more you keep focusing on yourself the more destructive and negative the thought will become because of the repeated neuronal firing.
By doing random acts of kindness you’re taking positive action and shifting the awareness outwards. By taking positive action you activate the left frontal lobe which is associated with positive emotions.
Kindness also increases oxytocin. This hormone has the ability to decrease levels of glutamate and increase levels of the inhibitory neurotransmitter GABA.
At first, you will need to take control of your action and force yourself to do a random act of kindness. This will feel like hard work initially and that’s ok. You have to fake it initially as you don’t have strong connections between those particular neurons.
Saying kind words or doing something constructive like tending a plant or taking a rubbish bin out for an elderly neighbour are all good actions that can break your negative mental pattern.
When you start taking constructive positive actions on a daily basis you will begin to rewire your brain.

When you’re stuck in the proverbial rut, you should reduce high glutamate foods, especially if you’re aware you have GAD gene variants.
In clinic I have found that the most problematic foods are:

There are extensive lists of glutamate foods on the net but I have found that it’s not necessary to restrict all naturally occurring food-based glutamates if other nutrients and herbs are used.

Prebiotic foods to improve your gut and brain microbiota:

These are my favourite herbs that help modulate glutamate excitotoxicity by supporting GABAergic pathways.