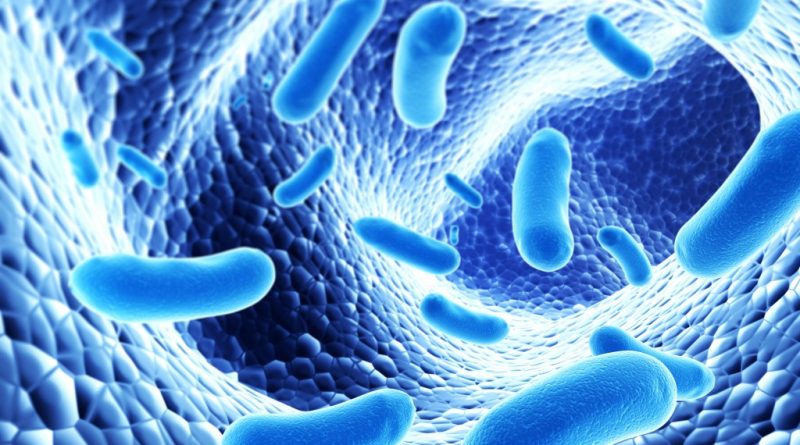 Obesity and metabolic syndromes such as insulin resistance and type 2 diabetes are a worldwide epidemic. Recent research has demonstrated that an altered gut microbiota composition plays a significant role in the development of these conditions.

While the human colon is home to over 100 trillion bacteria, recent advances in faecal microbial culturing, DNA extraction and sequencing technology have demonstrated that the four dominant families (called phyla in taxonomy) in humans are Bacteroidetes, Firmicutes, Actinobacteria and Proteobacteria.

Within these four families, over 1000 species of bacteria coexist, such as lactobacilli, clostridia and streptococci.

Fungi (like Candida spp) and Archea are other living organisms found in the human gut. You may have come across Archea in articles about Small Intestinal Bacterial Overgrowth (SIBO), a condition that is often linked to Fructose Malabsorption.

Evolution has created the perfect mix of these bacteria, each one co-operating with the other in a mutually beneficial agreement that results in numerous health benefits for humans.

These bacteria eat our undigested food, create nutrients, modulate our immune system and extract calories they pass on to us for energy. Colonic bacteria have also been shown to regulate our rate of glucose absorption, that is the rate at which your blood sugar levels fluctuate.

Microbial diversity is key to health, of this there is no doubt. Research from the Human Microbiome Project has identified the loss of different bacterial species in the western gut as one of the main causes of a long list of modern illnesses such as allergies, asthma, Crohn’s disease, rheumatoid arthritis and obesity.

But diversity isn’t the only factor affecting our gut health. The ratio between the different species is also key. Large fluctuations in bacterial population numbers due to diet, antibiotic use, ageing and stress can cause very unpleasant symptoms from brain fog, to chronic bloating and constipation.

The particular ratio between two of the families I mentioned above, Bacteroidetes and Firmicutes has come under scrutiny recently as some ground-breaking studies have shown this balance to be at the root of the modern obesity epidemic in adults and children.

Recent studies have demonstrated that an increase in Firmicutes versus Bacteroidetes can supercharge the amount of calories we get from our diet. Basically, if you’ve got high levels of Firmicutes, no matter how much you’re going to exercise and diet you’re going to be the proverbial person who puts on weight just by looking at a slice of cake.

The researchers wanted to understand why that was the case. They discovered that the mice developed an imbalanced gut microbiota, with more Firmicutes than Bacteroidetes, because of their malfunctioning immune system. The change in microbial ratio made the mice more efficient at extracting calories from food as well as increasing their appetite.

When calorie intake was restricted, the mice didn’t get fat but still exhibited blood markers of insulin resistance, a predisposing factor for heart disease.

Insulin resistance starves your cells, as they no longer respond to the message that they need to let nutrients in. You can think of insulin resistance as using the wrong key that doesn’t fit your cell’s keyhole. Incidentally, this is what happens to diabetics – they literally starve to death as their cells no longer receive any food.

As a result, you feel hungry all the time as your brain is telling you that your cells need energy. So more glucose floods your blood, telling your pancreas to create and release even more insulin. Over time, your pancreas just runs out of steam and can no longer produce enough insulin, leading to type 2 diabetes.

When your cells become insulin-resistant, your body then has to put all that extra glucose somewhere else, so it stores it in your fat cells, especially around your middle.

The mice in the study above were also found to have a higher risk for the development of inflammatory bowel disease, such as Crohn’s and Ulcerative Colitis. This is not surprising. Insulin resistance triggers inflammation, an immune reaction that when chronic causes your gut to become leaky, making you more prone to develop allergies, asthma and auto-immunity.

In science however, correlation is very different from causation. The researchers had established a correlation between obese mice and changes in their microbiota but this wasn’t enough to determine that the different ratio of bacteria had actually caused the mice to become obese. Their next experiment was.

Mice are coprophilic, meaning they eat each other’s faeces. When the researches placed the obese mice together with germ-free mice, these also went on to develop increased appetite, metabolic syndrome and weight gain. The germ-free mice acquired the faulty microbiota by eating their fat friends’ poo (faeces contain our gut flora). This established a causation between high Firmicutes and obesity (1).

Since this groundbreaking study on mice, further research has been conducted on human cohorts to establish the same correlation between obesity and altered gut microbiota.

A study including 79 subjects (both children and adults) demonstrated that the proportions of Firmicutes and Bacteroidetes were increased in the obese group compared to the normal weight group.

The study also found that the subjects with the highest Firmicutes had higher levels of hs-CRP, a blood marker of systemic inflammation that has been linked to cardiovascular risk (2).

Another prospective cross-sectional study, looking at faecal analyses of 26 overweight/obese and 27 lean children found that obese children had a higher Firmicutes-to-Bacteroidetes ratio compared with lean children (3).

Study on twins and microbiome

But the most important study that left no doubt about the link between obesity, insulin resistance and changes in bacterial ratio came in 2013 from Vanessa K. Ridaura, a graduate student at Washington University.

To ensure that genetics were not involved, Ridaura recruited four pairs of identical twins, where each pair had a lean and an obese twin. Same genes but different microbiomes.

While this was an astounding result, Ridaura went further and then housed the mice that had received the ‘obese’ transplant with other lean mice. Guess what happened?

The mice didn’t become obese this time. Why not? Because as other research has shown, our microbiome is constantly fluctuating as we share it with other people we come in contact with. In Ridaura’s experiment, a specific subset of Bacteroidetes called Bacteroides passed from the lean mice to the mice that had received the ‘obese’ microbiome.

What is even more fascinating is that this result was dependent upon feeding the mice a healthy diet that was high in fibre. This is because the fibre kept feeding the good bacteria, maintaining their high numbers, therefore keeping the ‘obese’ bacteria at bay (4).

While there is no doubt that metabolic changes and obesity have multiple complex causes including genetic, dietary and lifestyle habits, this research is very exciting as it highlights the far-reaching effects of an unhealthy gut microbiota.

Overweight and obese primary school children are now a common sight on Australian streets. It is no coincidence that as obesity rates have soared in this age group, so have levels of asthma, allergies, fructose malabsorption and inflammatory bowel disease – all conditions that have been linked in the research to altered gut microbiota.

In a future article I will be looking at the different factors that have been shown to affect changes in our microbiome, including diet, age and repeated antibiotic use.

You can find out if you or your children have an imbalanced Firmicutes/Bacteroidetes ratio by doing a specific stool test called Bioscreen – this test is currently available in Australia. The results from the test can help inform a strategy to include or remove specific fibres in your diet to modulate the gut microbiota.