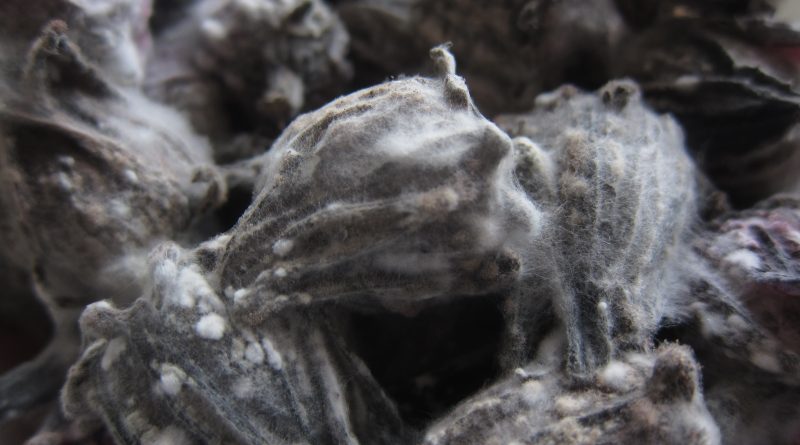 In my opinion, mould illness is one of the most undiagnosed conditions of the 21st century. It is an insidious disease that can present with many different symptoms, most of them of a chronic nature. In this article I’m going to explain how to diagnose and treat mould illness.

Most physicians are not mould literate as medical school doesn’t teach doctors to recognise the symptoms of mould toxicity and the multi-system dysfunctions that occur as a result.

The symptoms are so varied that most people with mould toxicity end up with multiple diagnoses such as chronic fatigue syndrome, inflammatory bowel disorder and depression and are subsequently medicated for each condition, without the underlying cause ever having been discovered.

Most of the time, individuals with mould toxicity are dismissed as ‘hypochondriacs’ or as having some neurological imbalance for which there is no cure. This is very sad as the correct diagnosis can mean regaining optimal health as opposed to a lifetime of misery and disability.

In his latest documentary called ‘Moldy’, health hacker and mould illness survivor Dave Asprey does a fantastic job of piecing together all the current available information on mould toxicity. It is a riveting watch and one that I highly recommend if you have any symptoms of a chronic nature.

Here is the trailer for it:

The documentary is available for free pre-screening until 13 June 2015. You can watch it here

In case you’re not able to watch the Moldy documentary, I’m going to summarise briefly some of the main points touched in the video.

How do you get mould toxicity?

Mould is everywhere. Spores are commonly found in the atmosphere as well as in water-damaged buildings. Certain crops are also particularly vulnerable to fungal disease with corn, peanuts, beetroots and chocolate being the main ones. If you have an intolerance to these foods as well as beer and certain mouldy cheeses you may want to consider having a mould issue that should be investigated.

Mould produces biotoxins that become airborne and are either breathed in or ingested by humans. Once inhaled, these biotoxins trigger inflammatory reactions that over time initiate a cascade of health issues, from autoimmunity to hormonal imbalances.

Mould biotoxins also affect our nervous system. Scan of ‘mouldy brains’ reveal profound changes in the morphology of brain tissue, leading to hypoxia (lack of oxygen) and atrophy. This explains the severe brain fog, short-term memory loss, mood disorders and inability to focus and think by individuals with severe mould illness. These symptoms are easily misdiagnosed and dismissed as hypothyroidism, depression or simply ‘ageing’.

Mould biotoxins only started becoming an issue since the 1970s when fungicides were introduced in paints. This led to specific genetic mutations in fungi that led to the subsequent production of the biotoxins that are now causing these issues.

It is estimated that around 50% of buildings in North America have water damage. However, not everyone who is exposed to mould develops toxicity and multi-system symptoms.

Only 25-28 % of the population carries the genetic predisposition to have a multi-system reaction to mould biotoxins. Children can also be affected, and abnormal neurological, cognitive and behavioural patterns should be investigated further if there is a history of exposure to mould.

Mould exposure doesn’t necessarily need to occur on a large scale. Individuals have been affected when the damage was small and not visible, for example a small leak from a pipe inside a wall.

Inside buildings, mould can occur as a result of wet or damp conditions that come from:

How is mould illness diagnosed?

If you suspect you may have mould toxicity, you need to find a mould literate doctor. I recommend you look at Dr Ritchie Shoemaker’s website to find a certified practitioner. Dr Shoemaker is one of the world’s foremost specialists in mould toxicity. He has developed an extremely effective protocol for the diagnosis of mould illness, removal of biotoxins and restoration of health markers following the mould removal.

In Melbourne we are fortunate to have Dr Tania Ash, who follows the Shoemaker protocol for her mould patients.

For mould screening of your house we recommend Dr Cameron Jones of Biological Health Services or Nicole Bijlsma at Building Biology. Both are highly reputable building engineers who use the latest techniques to detect and identify the type of mould in your house.

How is mould toxicity treated?

The good news is that if you do find out you have mould toxicity, there are some great ways to get you better. The Shoemaker protocol I mention above is highly effective at removing mould biotoxins and rebalancing your immune system. It is a comprehensive approach that involves several highly sophisticated tests for the detection of mould biotoxins, pharmaceutical drugs and dietary changes to starve the fungi.

On a final note, if you have already been diagnosed with a Lyme-related infection or co-infection such as Rickettsia or Babesia , it is highly likely you also suffer from mould toxicity as Lyme disease patients are more susceptible to mould biotoxins.