Why The GAPS Diet Can Mess With Your Health 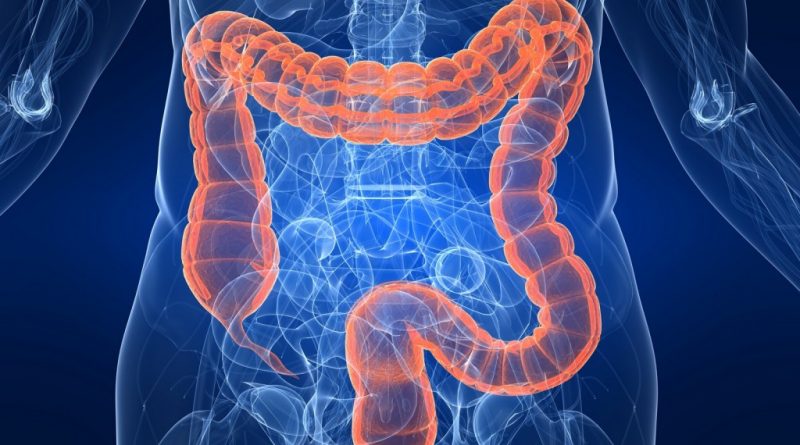 In recent years we have come to understand that insulin resistance, type 2 diabetes and metabolic syndrome go beyond genetics, exercise and dietary habits alone. A number of studies have emerged looking at the role that the gut microbiota has to play in the development of insulin resistance and non-alcoholic fatty liver disease.

This information is truly fascinating to me because a couple of years ago I was diagnosed with insulin resistance and non-alcoholic fatty liver disease, despite having a healthy weight, healthy BMI and what I thought was a healthy diet (plus I was a teetotal at the time). So today I want to finally write an article about why the GAPS diet can mess with your health.

Years ago I suffered from terrible Irritable Bowel Syndrome. I had been 100% vegetarian on and off for a number of years and over time I developed the most severe gut pain. The pain and bloating were there most of time and would keep me awake at night.

Fast-forward several years of abdominal pain and many well-meaning but not helpful natural health practitioners, I started to get serious about deepening my knowledge of gastro-intestinal health in order to get the answer I so desperately wanted: why was I having such discomfort?

After having my appendix removed – incidentally this took 4 months of stabbing pains at night and 4 (!) doctors to diagnose me with emergency appendicitis – I had had enough. I joined the Weston A Price foundation and switched from a wholefood diet to a WAPF approved diet. I started soaking all grains and legumes regularly, I made bone broth on a weekly basis and even enrolled my husband in sauerkraut making.

Unfortunately my gut symptoms just worsened despite this diet being a wonderfully nourishing diet.

So I embarked upon the GAPS program, which offered immediate relief. Within a month of being on GAPS my gut felt the best it had in years.

I became a GAPS Nutrition Consultant and a complete GAPS zealot.

In my mind, GAPS truly was the answer to all digestive issues. Little did I know I was in for a rough ride, the negative effects of which are still affecting my health years on.

The dark side of GAPS

Within 6 months of being on GAPS I started to develop severe night sweats. I was in my mid-30s so no peri-menopause in sight. My doctor was puzzled. My total and LDL cholesterol had gone up but I wasn’t concerned as by this stage I was completely convinced that a high saturated fat diet, provided it came from 100% grass fed animals, was the way to go.

I’d always been a very good sleeper but suddenly my nights were restless, broken by many visits to the toilet to pee, as well as weird, skin crawling sensations and a very stiff, painful neck and sore scalp.

I was so immersed in GAPS-mania that I could not see the wood for the trees.

I became stricter with my carb intake, having been told by my GAPS mentor that it is common to undergo a second, deeper healing crisis several months after starting GAPS and that most likely I was salicylate, amine and oxalate intolerant and that the GAPS program had merely uncovered these issues.

The longer I stayed on GAPS the worse my food chemical intolerances became. Once I switched to a strict Failsafe diet (low salicylate and amines as well gluten and dairy free) I could function but the insomnia was still horrendous, with up to 20 wakings a night. My insomnia was so bad that even Temazepam, which I’d resorted to in desperation as all other natural health remedies didn’t work, offered no relief.

Anyway to cut a long story short…here’s what was really going at the time:  the GAPS diet had completely messed up my gut microbiota, had switched on my genetic predisposition to poor ammonia detoxification, caused severe endotoxemia (accumulation of toxins from your own gut bacteria) and severely impaired my methylation capability (I have the MTHFR gene variant).

So why do some people get better on GAPS?

Many people in clinic ask me about the GAPS diet. I have been a GAPS Nutrition Consultant for many years now, mainly for digestive health as I don’t treat spectrum disorders so my comments about GAPS are purely based on my observations and knowledge as gastrointestinal specialist.

I have seen many people get better on GAPS and many others get much worse. I suspect that the ones who got better were, like me, gluten intolerant or undiagnosed celiac so strict removal of gluten for a sustained period of time would have made a big difference to their symptoms.

Many people who go onto GAPS have IBS. GAPS is mostly a low FODMAP diet which will offer great relief to IBS sufferers. This doesn’t mean it is the right diet to address their issues. In fact, I believe that doing strict low FODMAP and GAPS at the same time is a recipe for dysbiosis disaster.

This one’s a no brainer. Anyone is going to improve going from a processed to a home-cooked diet.

People who go onto the GAPS diet have dysbiosis and often undiagnosed SIBO or coeliac’s disease. In all of these cases their intestinal tract will be so inflamed as to have lost the ability to produce enough digestive and brush border enzymes to start breaking down complex carbs as well as lack the diversity in gut bacteria that can ferment them. Removing the grains will make people feel better but isn’t going to fix the problem.

1) It is a diet that is extremely high in saturated fat and animal protein.

There is plenty of research associating a high saturated fat diet with shifts in bacterial populations in the gut. High fat and protein favour the growth of E coli and Bacteroides. Both bacteria are pathobionts, meaning they can turn nasty and create inflammation, leaky gut and ammonia.

I’m not advocating a low fat diet here by the way. But a moderate fat intake from a variety of mainly plant and some animal sources.

It may not have been GAPS’ intention to promote a high protein diet but the reality is that most people on GAPS gorge on protein, particularly in the early months.

The high levels of ammonia affected my liver – my liver enzymes became elevated. I suffered from terrible brain fog (again a sign of high ammonia) and the night wakings were also due to the high ammonia and high endotoxins load. My urine became very cloudy and smelly even when drinking 2.5L of water daily.

The GAPS diet favours the growth of gram negative bacteria in the gut that are high producers of LPS – lipopolysaccharides – toxins, which then are absorbed into the bloodstream, along side the high ammonia I was talking about and start affecting your liver health.

4) It decreases levels of beneficial bacteria

Gut bacteria that are associated with overall health and healthy microbial diversity such as Akkermansia muciniphila and Fecalibacterium prausnitzii become low on the GAPS diet. These bacteria need large amounts of prebiotic fibres found particularly in legumes.

I can hear the GAPS defenders saying ‘but GAPS encourages eating onions and garlic both of which are high in prebiotics’. My answer to that is that 1) most people with digestive issues cannot tolerate garlic or onions 2) you would need to eat huge amounts of both daily to keep those bacteria happy.

Bacteria can ferment proteins and fats too not just carbohydrates. Unfortunately most of the bacteria that have this ability are gram negative and pathobionts, as discussed above.

Where I am now

Following my stint with GAPS I developed insulin resistance. Most people will be surprised to find out that you can develop insulin resistance even if you’re slim and on a low carb diet. The answer? The high fat in the GAPS diet. Studies have shown that a high fat diet causes insulin resistance by changing the microbiota, increasing inflammation and levels of endotoxins. I will write more in depth about this in a future blog.

My insulin resistance has almost resolved now through a complete overhaul in my diet to focus on a plant based one – though I still eat small amounts of meat and fish, as well as very high amounts of FOS (a prebiotic fibre – I’m up to 15 grams daily) and lactulose (10g daily). I also take metformin, a biguanide drug that works by increasing levels of Akkermansia muciniphila, and do high intensity training twice weekly.

This is now completely resolved as well as no longer having 2 liver hemangiomas that developed while on the GAPS diet – most likely due to the impaired methylation that this pro-inflammatory diet promotes.

This is an ongoing issue for me. I have some genetic variants that make me prone to poor ammonia detoxification such as CBS and NOS. There is no doubt in my mind that the GAPS diet turned on the expression of these genes. I no longer suffer from the symptoms of ammonia overload thanks to a high fibre diet, high amounts of the prebiotic lactulose, the probiotic Lactobacillus rhamnous GG and an ammonia amino acid formula to support the urea cycle.

All gone once I started to change my diet, reduce inflammation and address methylation issues.

It has taken me a long time to come up with the courage to write this article. Partly because I am now embarrassed that I so blindly followed this diet and partly because I know it has very staunch and vocal supporters who may not take kindly to my critique of GAPS.

Ultimately, you are in control of what food you choose to put into your body. If you’re considering the GAPS diet to heal your digestion, my advice is ‘do your research’.

Instead of reading blogs and forums where knowledge is anecdotal at best, go to Google scholar or PubMed – the online medical database where peer reviewed studies are published – and search for high fat diet and metabolic syndrome or insulin resistance.

Speak to those who really use this diet in clinic and are at least degree-qualified in a health care profession where they specialise in gut health rather than just a food coach.